While changing seasons can signify an exciting time of year, colder temperatures can also bring health challenges, from the common cold to seasonal depression. There are ways to help combat these cold-weather conditions—all it takes is a bit of preparation and a plan of action.

Here’s your stay-healthy toolkit for some of the most common cold weather woes.

Keep the Common Cold and Influenza Away

The common cold, a type of upper respiratory infection (URI), is the most frequent infection a person will encounter in their lifetime. It’s estimated that there are more than 220 different cold viruses which infect humans, and after exposure, it normally takes one to three days for illness to kick in, causing congestion, sore throat and general discomfort. The duration of a cold is usually seven days—but can last several weeks in some cases.

More dangerous than a cold is the influenza virus, also known as the flu, which affects millions of people worldwide annually. While in most cases, flu symptoms, like chills, muscle aches, fatigue, and fever will just make you feel terrible for a week or so, the influenza virus can be life-threatening for those with weakened immune systems (i.e. diabetics, those with lung disease, senior citizens and cancer patients). More serious consequences are usually the result of a secondary bacterial infection such as pneumonia.

The best way to deal with cold and flu? Try to avoid getting them in the first place—prevention is truly the best medicine. There are ways to help keep your body strong so you can resist infection.

If possible, avoid being in the presence of sick people. Likewise, if you do become ill, take time off of work if possible, and do your best to stay away from public spaces until you’re feeling better. Be sure to cough into your sleeve or elbow instead of into your hands, which can spread germs to others through physical contact or handling food and other items.

Frequent hand-washing is the most effective way to prevent the spread of a viral illness. Be sure to use antibacterial soap and warm to hot water. Include your forearms when washing and always clean under nails, where germs can linger. Dry hands thoroughly. Repeat often throughout the day and avoid putting your fingers in your mouth or rubbing your eyes.

Consume a healthy diet, rich in fruits and vegetables. The more color variety, the more antioxidants to help you fight off infection and boost your immune system. Being well nourished can also help lessen the length of illness.

Adequate sleep is imperative to keeping the immune system strong, and it can also help you feel better when you are ill. A 2016 study in the Journal of the American Medical Association (JAMA) showed sleeping fewer than six hours a night increases the risk of contracting a cold. Rest up—your health depends on it!

Supplements, the Common Cold and Influenza :

Some studies have shown that zinc can reduce the length of the common cold by about one day, and is most beneficial when taken within 24 hours of when symptoms first hit. Take 30 mg or as directed on the label.

A 2014 study showed that vitamin C could reduce the risk of developing a cold and also reduced the duration of the cold when compared to placebo (sugar pills). Suggested Dose: 500 mg to 2,000 mg daily.

A deficiency of vitamin D is common during the winter and is associated with an increased risk for contracting a cold or influenza. Sunlight exposure and optimal intake may be a good way to help prevent infection. Suggested dose: 2,000 to 5,000 IU daily.

Probiotics have been shown to be effective in the prevention of upper respiratory infections and appear to be an up-and-coming treatment for chronic sinus disease. A 2015 study by Cochrane Review showed those taking probiotics were less likely to develop an upper respiratory infection and less likely to need antibiotics compared to those subjects not taking probiotics.

(Sambucus nigra L.) Rich in antioxidants, elderberry along with echinacea may offer some defense against cold and flu according to studies. Suggested dose: As directed on label.

Rosemary, peppermint and eucalyptus essential oils are recommended to help alleviate the symptoms of a cold, such as congestion, according to a 2011 study. They can be used with a diffuser or rubbed directly into the chest.

Asthma attacks are more common during the winter season due to the prevalence of upper respiratory infections. Worldwide, 300 million people are affected while almost 250,000 people die from complications of the condition annually. Asthma can cause symptoms like wheezing, coughing, and shortness of breath. Some with asthma even find themselves dreading the cold-weather season.

Avoid Overuse of Antibiotics in Children

A 2018 study showed that children who were prescribed antibiotics during their first year of life were at increased risk of developing asthma—this is likely due to the destruction of healthy gut bacteria. Don’t be quick to use antibiotics unless absolutely necessary.

A diet rich in plants and vegetables is anti-inflammatory while a diet consisting of a lot of processed and sugary foods creates inflammation, including inflammation and irritation to the lungs. Plentiful in fruits, vegetables, omega-3 fatty acids, a Mediterranean diet has been shown to be helpful in reducing the risk of asthma, according to a 2015 study in Lung.

Probiotics - A healthy gut microbiome is crucial to a strong immune system. A 2015 study in the Journal of Allergy and Clinical Immunology demonstrated that the bacterial diversity of the gut is an important part of preventing allergy and asthma symptoms. Suggested dose: 5 billion to 30 billion units.

Magnesium  - Magnesium is nature’s muscle relaxer and an important mineral and enzyme “co-factor” involved in over 350 chemical reactions in the human body. An adequate intake of magnesium-rich foods, which include green leafy vegetables, is crucial. A 2016 study in Pulmonary Medicine demonstrated that those with lower levels of magnesium in their blood were more likely to have severe asthma symptoms.  Suggested dose: 125 to 500 mg daily.

Fish Oil - Omega-3 essential fatty acids consist primarily of eicosapentaenoic acid (EPA) and docosahexaenoic acid (DHA), which are important for the body to function at optimal levels. A 2014 study in Nutrition Journal showed that the majority of Americans do not consume enough omega-3 essential oils, which can be found in a variety of food sources, including fish (mackerel, cod, and salmon are among the richest), walnuts, chia seeds, flax seeds, hemp seeds, and natto.

A 2017 study suggested that fish oil supplementation by pregnant women could help reduce asthma symptoms in their children while a 2016 study in Nutrition Research Reviews concluded that supplementing with omega-3 fish oil could have benefits for those with asthma. Suggested dose: 1,000 mg once or twice per day.

Vitamin D - Thousands of studies over the last decade show health benefits when one optimizes vitamin D intake. These studies tell us that those with higher levels of vitamin D in their blood have a lower risk for chronic diseases, including asthma.

A 2017 study showed that pregnant women who supplemented with vitamin D had children who were half as likely to have asthma-related symptoms. A 2018 study in the British Medical Journal concluded, “higher daily average intake of vitamin D in pregnancy is associated with lower asthma risk in offspring over the first 10 years of life”. Consult with your doctor before supplementing.

Vitamin D intake also affects asthma among adults, according to a 2016 study in Pulmonary Medicine. It showed adults, both male and female, with lower blood levels of vitamin D in their blood were more likely to have severe asthma symptoms.  Suggested dose: 1,000 IU to 5,000 IU daily

Folate - Folate comes from the word "foliage", a term used to describe green vegetables. Regular intake of vegetables can help ensure adequate folate levels in the body. A 2016 study of 582 children in Puerto Rico showed that children with lower levels of folate in their blood were at higher risk of asthma attacks compared to those with the highest levels. Suggested dose: A children’s multivitamin or gummy vitamin with folate can be considered

Arthritis is a degenerative joint condition that becomes more common as we age. During the winter season, cold weather frequently will cause people to have increased stiffness of their joints. Anti-inflammatory medications (i.e. ibuprofen, naproxen, diclofenac, etc.) are frequently taken to help, but they can increase the risk for high blood pressure, heart attacks and stomach ulcers. Natural alternatives are frequently sought.  These include:

Seasonal depression, also known as seasonal affective disorder is a mood disorder associated with feelings of sadness and loss of pleasure. When severe, it can lead to social withdrawal, substance abuse, and even suicide. Worldwide, millions are affected by depression—it can occur in anyone, at any age, from any social-economic background, and at any time of year. But, for some, it seems to come during the fall and winter and lessen with the onset of spring and summer. It can cause loss of energy, a lack of desire to participate in activities usually of interest, hopelessness and changes in sleeping and eating habits.

Consult with your physician if you are dealing with these symptoms. Frequently, counseling and medications are advised. Some who have desired alternatives to medications have chosen to take supplements, which research studies suggest may be beneficial in some cases. These include:

This article was written by Eric Madrid MD, ABIHM who is Board Certified by the American Board of Family Medicine and by the American Board of Integrative Holistic Medicine. He is author of Vitamin D Prescription, the Healing Power of the Sun. Dr. Madrid graduated from The Ohio State University School of Medicine. He is a partner at Rancho Family Medical Group and practices in Menifee, California. Get more info on Dr. Madrid at ericmadridmd.com. 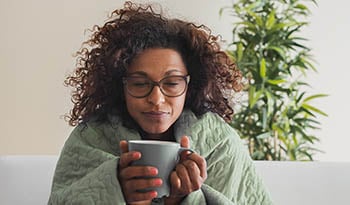 5,794 Views
Staying healthy in winter can be challenging. During winter you’re more prone to colds and the flu because the viruses responsible for these illnesses prefer colder temperatures and drier air and nasal passages. 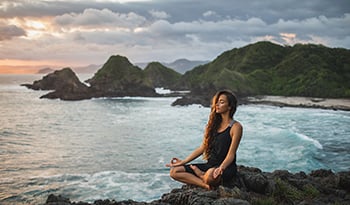 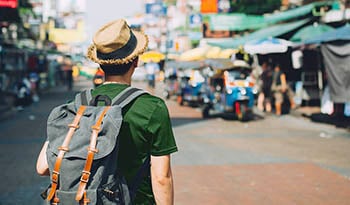 How to Stay Healthy While Traveling + Supplements to Take with You

12,359 Views
Whether by car, train, bus or airplane, traveling can take a lot out of you. Not only does it present some discomforts—like sitting in one place (typically an uncomfortable seat) for a prolonged period of time—but it can also bring about some health challenges. Traveling, in general, means being away from home, which translates to different food, different living quarters, and often a different daily routine. Jet lag can also dampen travel plans as time changes affect sleep patterns and energy.