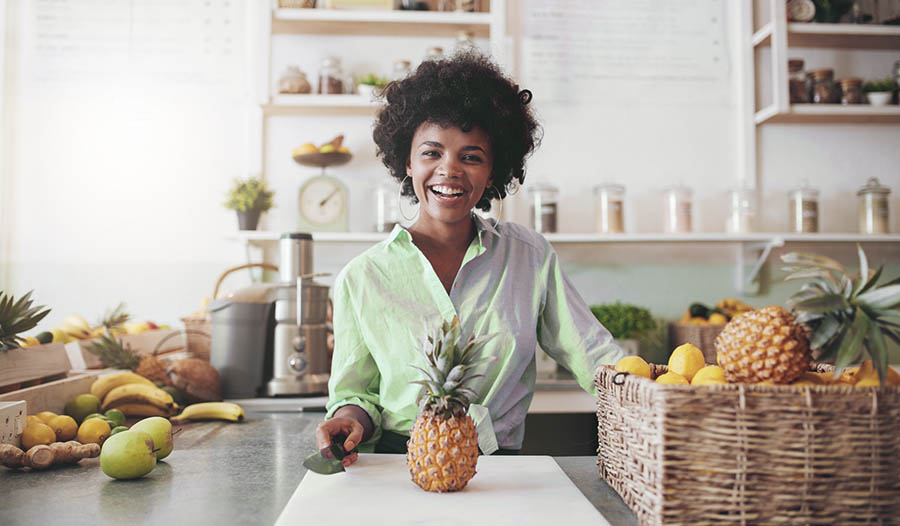 The thyroid is one of the most misunderstood glands in the human body. Situated in the front lower part of the neck, this small, butterfly-shaped gland produces hormones which communicate with every cell in the human body. Thyroid hormones also affect the speed of metabolism, which can have a dramatic effect on body weight. There are various health conditions that can occur as a result of an abnormal thyroid, but regular exercise along with adequate intake of vitamin A and zinc help ensure the body’s cells are responsive to these hormones.

What Can Go Wrong with the Thyroid?

Causes of an Underactive Thyroid

Worldwide, the main cause of an underactive thyroid (hypothyroidism) is iodine deficiency. It is estimated that globally, one in three people have insufficient iodine intake. Many develop a goiter (thyroid enlargement) or thyroid nodules as a result. Iodine deficiency is common in Africa and  South Asia while 50 percent of people in Europe are also mildly deficient, according to a study in Endocrine Reviews.

A 2018 study of Norwegian pregnant women in Nutrients showed that up to 55 percent of the women had suboptimal iodine intake in their diet. According to the Australian Thyroid Foundation, “More than 50% of children and pregnant or breastfeeding women living in Australia have been shown to be iodine deficient”.

Those in Japan tend to have a higher intake of iodine than most other countries due to routine consumption of wakame (undaria), nori (porphyra), and kombu (laminaria), types of seaweed. This is protective.

The second leading cause of an underactive thyroid is due to an autoimmune attack on the thyroid gland. In this situation, certain antibodies (called anti-TPO and anti-thyroglobulin) attack the thyroid gland, resulting in the inability of the thyroid to make sufficient T4 thyroid hormone. The most common autoimmune condition is called Hashimoto’s thyroiditis, named in 1912 after Dr. Hakaru Hashimoto of Japan.

Other factors that can interfere with adequate thyroid production, according to Dr. Dan Lukaczer of the Institute of Functional Medicine, include stress, trauma, infection, pesticide exposure, fluoride, and celiac disease.

An underactive thyroid is diagnosed by most doctors when the TSH (0.4 -4.0 mIU/L) lab test is elevated. This indicates that the brain is making extra TSH hormone in an attempt to stimulate the thyroid gland to make T4 hormone. Many integrative physicians suggest the optimal blood TSH range is 0.4 to 2.0 mIU/L.

Signs and Symptoms of an Underactive (Hypothyroid) Condition

How to Prevent Thyroid Dysfunction

First, ensure adequate iodine intake in the diet. According to the Center for Disease Control, “The median intake of iodine from food in the United States is approximately 240 to 300 micrograms (µg) per day for men and 190 to 210 µg/day for women”.  In 2001, the Institute of Medicine advised "an iodine intake of 150 µg per day for nonpregnant adults, 220 µg per day for pregnant women and 290 µg per day during lactation”. Low iodine levels have also been associated with learning difficulties in children.

Iodine-containing foods (per serving) include:

Optimizing gut health is also crucial to thyroid health. Those with irritable bowel syndrome should focus on repairing a leaky gut, which helps to ensure adequate absorption of vitamins and minerals. Studies show that those sensitive to gluten are at increased risk for thyroid disease. In addition, a healthy digestive system and balanced microbiome is important to ensure an appropriate immune system response, which will help prevent autoimmune-induced thyroid diseases. Few realize that 80 percent of our immune system is in our gut.

Modern medicine has made a lot of progress over the last century. However, the recognition of a goiter, a term used to describe thyroid enlargement, goes back thousands of years.

In 40 BC, Rome’s finest, Pliny, Vitruvius and Juvenal described the treatment of a goiter using burnt seaweed, which we now know contains large amounts of iodine.   In 1500 AD, Leonardo Da Vinci was the first person to draw the butterfly-shaped thyroid gland,  in addition to drawing the rest of the human body in fine detail.

In 1656, Thomas Warton is the first to name the gland  “thyroid”, which comes from the Greek word thureoeidēs, or shield.  Almost 200 years later in 1820, Jean Francois Coindet of France treats a goiter with the newly discovered iodine.

In the late 1890s, the first use of desiccated thyroid formulas, which contained both T4 and T3 hormones were used to treat underactive thyroid glands, or hypothyroidism. According to studies, four in five prescriptions for thyroid medication in the 1960s were for natural combination  (T4/T3) products while in 1988, one in four were for this natural medicine. Since that time, the trend by most physicians has been to prescribe synthetic levothyroxine, a T4 only formula. The brand Synthroid (levothyroxine) came to the market in 1955.

Currently, conventional medicine does little to treat a person with Hashimoto’s thyroiditis. Most physicians are taught to simply allow the thyroid to “burn out”. Once this occurs, thyroid medication, as listed above will be prescribed when laboratory tests show an abnormality of elevated TSH. Many integrative physicians advise treating the underlying leaky gut to control Hashimito’s thyroiditis.

T4/T3 Combination  hormone – taken once or twice per day

Nutrition and Supplements for Thyroid Health

A 2017 study showed that those with higher consumption of fruits, vegetables and seeds had a lower likelihood of developing an autoimmune caused thyroid disease. This type of diet also helps optimize the gut microbiome and maintain balance.

The following nutrients are important and aid in the production of thyroid hormones. They may be present in a well-balanced diet or may be consumed by taking a quality multivitamin or the individual supplement when appropriate. There are also various thyroid supplement formulas available that contain many of the below compounds in one capsule.

A cofactor involved in two enzymes which help manufacture thyroid hormones. According to a  2014 study in the International Journal of Endocrinology, Selenium could lower TPO antibodies when an autoimmune attack is underway. In addition, selenium is needed to help convert T4 into T3, the active hormone. Suggested dose: 200 mcg daily.

Worldwide, a deficiency is the leading cause of goiters, thyroid nodules, and an underactive thyroid. An iodine-rich diet is advised (see above for the list of foods). The preferred method of testing for iodine deficiency, according to the World Health Organization (WHO), is by collecting a random urine sample (morning is best).

A result showing less than 100 mcg/L of iodine is considered deficient, according to WHO standards. Suggested dose: Take a multivitamin and mineral supplement containing at least 150 mcg of iodine. Others take iodine supplements or kelp to help maintain a healthy iodine level.  No more than 500 mcg of iodine per day should be taken. Too much iodine may worsen thyroid health.

Iron deficiency is common among women who are menstruating. Iron deficiency impairs thyroid metabolism, according to a 2017 study in Thyroid. The authors recommended that clinicians check iron levels to replete any deficiency. Aiming for a ferritin level of 50 to 75 ng/ml or more should be the goal. Suggested dose: As directed by your physician or as stated on the label.

Eighty percent of people worldwide have a vitamin D deficiency. Studies have shown that those with low levels are at increased risk for various cancers and autoimmune diseases, including autoimmune thyroid disease. A 2018 study of obese adults demonstrated that those with lower levels of vitamin D were at increased risk for developing Hashimoto’s thyroiditis. Suggested dose: 1,000 IU to 5,000 IU daily.

According to the Journal of Nutrition, almost 45 percent of Americans have inadequate intake of zinc in their diets. Worldwide, more than 15 percent of people are zinc deficient. The problem is very common in Sub-Saharan Africa and South Asia.

As we age, absorption of important minerals like zinc can be impaired.  Additionally, poor dietary intake of zinc-containing foods or routine ingestion of alcohol can also result in chronically low zinc levels. Zinc deficiency is associated with thyroid disorders, skin, and blood issues and increased risk for infection. Zinc also plays an important role in brain health, where its levels are 10 times greater than in the blood.

Zinc is required by enzymes in the brain and throughout the body. It is involved in over 300 biochemical reactions and is an important component in over 2,000 proteins.

Suggested dose: 15 to 50 mg per day.  Zinc is present in most quality multivitamins.

In addition to the above key nutrients, the following are also needed in one’s diet for a healthy thyroid.

The B vitamins can also be consumed by taking a B-complex supplement.

The thyroid gland is very important for human health, but thyroid problems are common. Here, we discuss some of the underlying causes of thyroid disease.

Excess weight? Tired all day? Depressed? You might have a sluggish thyroid. To talk about hypothyroidism and your thyroid, it’s important to also understand your adrenals. When one is out of balance, often, so is the other.

The gallbladder is a small pear-shaped organ next to the liver in the right upper part of your abdomen.