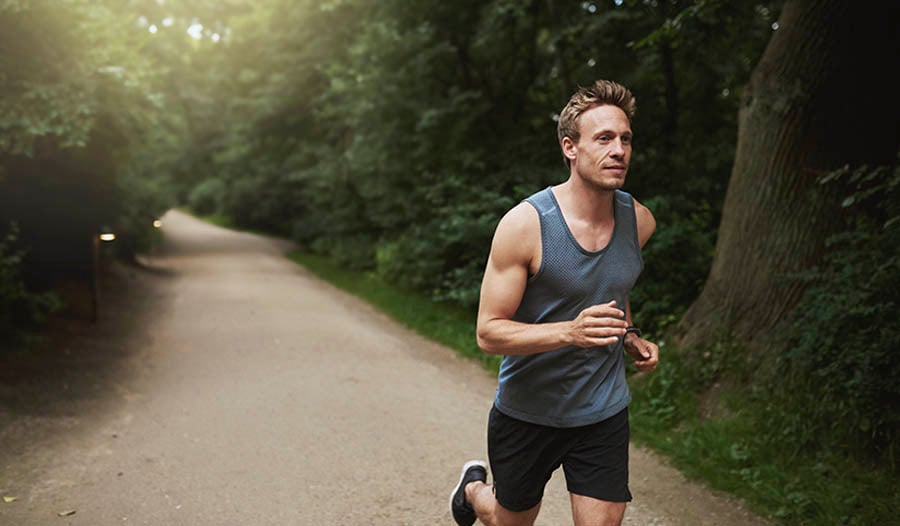 Low energy (also known as fatigue or sometimes chronic fatigue syndrome) is a common reason for doctor visits. Sometimes finding the cause for constant sluggishness is simple while other times it can be elusive for both doctor and patient alike. There are many medical reasons a person may be fatigued. Common medical reasons include, but are not limited to:

These conditions and habits require the attention of a medical professional, so it is important for a person to first be evaluated by his or her healthcare provider prior to simply trying supplements to give one “more energy”. Unless the root cause is identified and properly treated, a supplement will be of little value. If no singular or serious cause is identified, then supplements can help.

Vitamin B12 (also referred to as cobalamin or cyanocobalamin) is an important nutrient that your body requires to help optimize brain, nerve, and blood health. However, despite its importance, there is plenty of evidence showing that many people around the world are deficient in this essential nutrient.

Studies from the United States demonstrate that up to one in six (17 percent) of those aged 60 and older are deficient in Vitamin B12 while upwards to one in 15 (six percent) of those under age 60 are deficient. But, this isn't just a health concern for Americans. In the northern part of China, for instance, a 2014 study showed up to 45 percent of Chinese women were deficient in Vitamin B12. Most other population throughout the world are also affected, and the results can have a negative effect on one's quality of life—suboptimal levels can result in feelings of fatigue and depression.

Testing: Vitamin B12 blood level (normal is 200 to 900 pg/ml) can be tested. Most neurologists recommend blood levels above 500 pg/ml to ensure the nerves and brain have adequate amounts. Know your number if you are tested!

A few things to remember:  If a folic acid deficiency is also present, replace Vitamin B12 first, then replace folic acid. This helps with cell metabolism. Since vitamin B12 is water soluble, if an excess is consumed, it can leave the body through urination (vitamin B12 will make the urine bright yellow). If possible, consider taking this vitamin twice per day to help keep blood levels stable.

There are a few ways to supplement with vitamin B12:

Ginseng, also known as Panax ginseng, red ginseng or Korean ginseng. The origins of Panax ginseng are in Korea, where it has been used for over 2,000 years. It also grows in parts of China and Siberia. The active ingredient in Panax ginseng is ginsenosides.

Ginseng is an important therapy in Traditional Chinese Medicine (TCM). While there are other types of ginseng, Panax ginseng is unique, and one should be careful not to mistake it for other known ginsengs, such as Siberian ginseng.

A 2015 study showed that ginseng could help reduce fatigue in cancer patients undergoing treatment. A 2018 study of cancer patients in Biomed Pharmacotherapy showed similar findings. Ginseng has been known to help increase energy levels by practitioners of TCM.

A 2018 study using an animal model demonstrated that ginseng plays an important role in reducing fatigue symptoms overall. If you're experiencing fatigue, adding this herb to your diet or supplement regimen should be considered.

Ashwagandha is an adaptogenic herb, which can be helpful in managing chronic low energy.  Native to Asia, specifically India and regions of China, this herb is commonly used in Ayurvedic medicine as therapy for fatigue for two reasons:

Improves energy – A 2013 study in Integrative Cancer Therapies showed that ashwagandha could help improve energy and quality of life in those undergoing treatment for cancer.

Suggested dose: Ashwagandha - 500 mg once or twice per day.

Rhodiola (R. rosea) is an adaptogen, an herb that helps protect cells from oxidative damage caused by environmental and chemical stressors. Because adaptogens grow under harsh climate conditions and must protect themselves against such environmental extremes, they’re very strong plants. Rhodiola, for instance, grows at altitudes 10,000 feet (3 km) above sea level, where the oxygen concentration is low and temperatures are cold. Its benefits include:

Improves physical endurance: Athletes at all levels of competition frequently search for ways to improve their endurance. Rhodiola may be beneficial. A 2009 study in the Chinese Journal of Integrative Medicine concluded, “The combined herbal supplement of Rhodiola and Gingko could improve the endurance performance by increasing oxygen consumption and protecting against fatigue”. A 2013 study in the Journal of Strength and Conditioning Research also supported Rhodiola’s ability to improve exercise endurance.

Worldwide, studies also show that more than 10 percent of women may be deficient in this vital nutrient. A 2018 study in Nutrients of pregnant women in Norway showed that up to 55 percent of the women had suboptimal iodine intake in their diet. According to the Australian Thyroid Foundation,  “More than 50% of children and pregnant or breastfeeding women living in Australia have been shown to be iodine deficient”

Take a multivitamin and mineral supplement that contains 150 mcg of iodine. Others take iodine supplements or kelp to help maintain a healthy iodine level.

Coenzyme Q10 (CoQ10) plays an important role in the health of mitochondria, the powerhouses of our cells. Since the heart is the most active of all organs, it produces and requires the most CoQ10 in order to meet its metabolic demands. Our muscles also need sufficient coenzyme Q10 in order to function with optimal energy.

A study in Nutrition showed that oral supplementation with coenzyme Q10 could help reduce symptoms of fatigue and improve physical performance in those who took it. A 2017 study in Clinical and Experimental Rheumatology showed that 200 mg of coenzyme Q10 could help reduce the common symptoms of fatigue and pain in those with fibromyalgia.  Learn more about Natural Treatments for Fibromyalgia.

Heart disease also results in feeling fatigue. A 2017 study, which reviewed 14 other studies, showed an important benefit of CoQ10—the results showed those who took CoQ10 were 31 percent less likely to die from complications of congestive heart failure.

Glycine is an amino acid which is required for the production of skin collagen, DNA and hemoglobin, or red blood cells. Glycine can be made by the body when needed, therefore, it is considered a “non-essential” amino acid. However, some people may have higher metabolic demands for glycine than others to feel their healthiest. In those with higher demands, the body may not be able to make what it needs, and higher levels of glycine supplementation may be required.

A 2012 study in Frontiers in Neurology showed that those with insomnia had less daytime fatigue and sleepiness when they were given L-glycine at doses of 3 grams (3,000 mg) before bedtime. A 2017 study in Nutrition Journal suggested that those with chronic fatigue should supplement with amino acids, such as glycine.

Fatigue: A 2011 study showed those with chronic fatigue syndrome (CFS) have lower levels of ornithine in their blood when compared to normal individuals. A study in Nutrition Research showed that L-Ornithine could help reduce fatigue in those who took it in a supplement form.

In addition, a study in Clinical Drug Investigations showed those with liver disease also noticed improved energy levels when L-Ornithine supplementation was taken. It was well tolerated in 98 percent of those who took it. 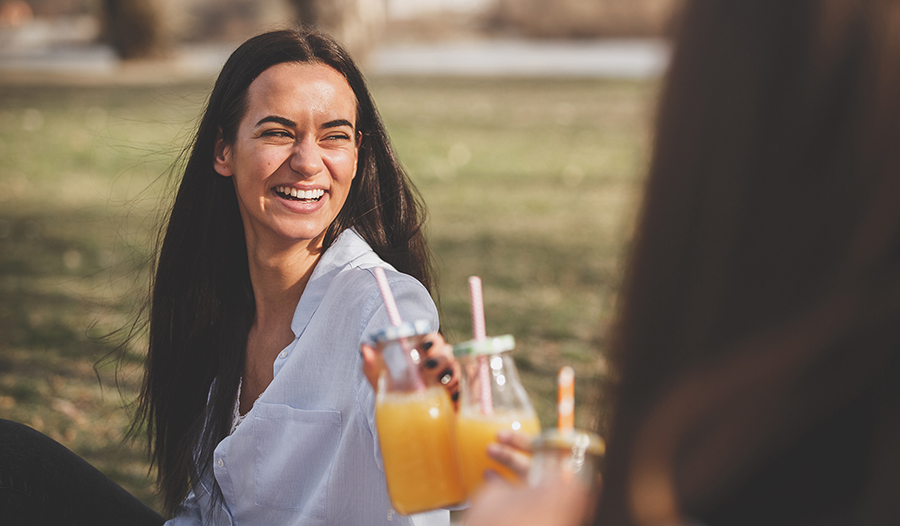 5 Natural Ways to Strengthen Immunity for Cold and Flu Season

Discover supplements, foods, and lifestyle choices that can help boost your immunity naturally. Stay healthy and protect yourself from flu season. 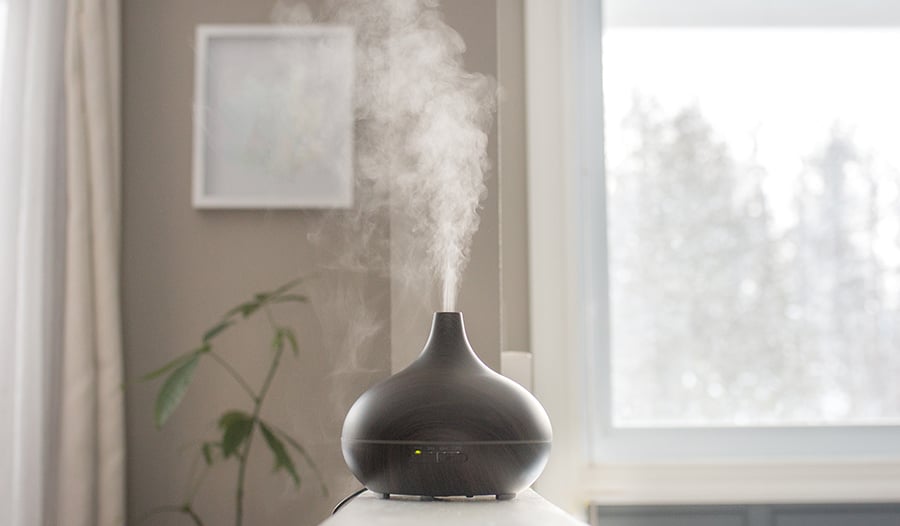 Stress can have a major toll on our bodies and health. Dr. Josh Axe breaks down his top 5 essential products for natural stress relief.

Browse our blog posts by category: